When can I return to sport after Anterior Cruciate Ligament Reconstruction Surgery?

When can I return to sport after Anterior Cruciate Ligament Reconstruction Surgery?
Posted in: Healthcare News | Posted on: 03 July, 2017

Most patients after Anterior Cruciate Ligament Reconstruction surgery want to know when they can return to sport. There is conflicting information out there with surgeons giving advice varying from nine to twelve months. There is a now lot of evidence that it isn’t as simple as giving a routine time frame. 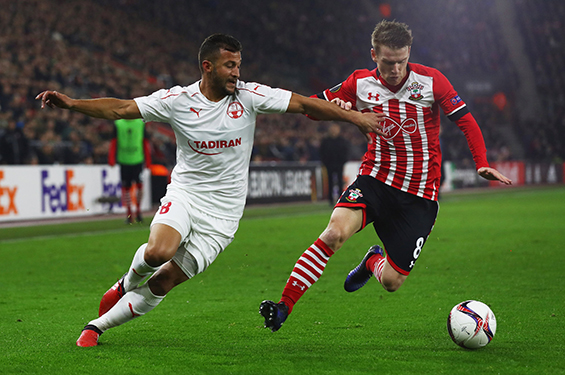 Orthopaedic surgeons are very good at assessing the stability and healing of the graft which is usually good at nine months, but that isn’t the whole picture. Equally important is rehabilitation focusing on strength, dynamic control and agility of the lower limb which is best assessed by a sports physio or exercise physiologist. Assuming the surgery has been successful, the biggest impact on your return to sport will be the time and quality of your rehab. Common evidence based targets are performance within 10% of the opposite side on quads strength, hop test and agility drills. Rupture of the graft is more common if athletes return to sport before these targets are reached.

Timing is also important. At around 3 months after surgery most patients feel great but a return to sport at this time can be a disaster. The graph below shows that this is when the graft is actually at its weakest and is therefore vulnerable to failure. The graft gradually weakens after surgery before eventually regaining full strength at around nine months. This is because it needs to grow a new blood supply, nerve supply, and undergo a process of remodeling. Even in elite athletes it has been shown that there is a 50% higher graft failure rate for every month before 9 months that the athlete returns to sport. 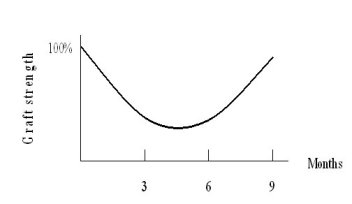 Elite professional athletes can often get back to sport at around 9 months postoperatively because they have the time and resources to devote to extensive rehabilitation. Most amateur athletes have to fit rehab in around other commitments and this makes it more difficult. The average safe time is probably still around 12 months but if you have difficulty fitting in the rehab the this could easily be longer.

As a broad general approach for most people after ACL reconstruction I recommend 6 weeks of gentle range of motion exercises, then commencing on a bike or exercise bike from 6 weeks to 3 months. At 3 months you can commence straight line running, then twisting and turning drills from 6 to 9 months. This is the point when it is hard for many amateur athletes to find the time and the enthusiasm for ongoing rehab but it is probably when it is most important. If all is going well then sports specific training can usually be commenced at 9 months with return to sport at 12 months post-operatively if you meet the targets described earlier. These time frames can be faster or slower depending on your progress.

I recommend getting advice from both your surgeon and sports physio at around nine months post-operatively before returning to sports specific training. Your surgeon should be happy to see you back to assess the graft and at nine months you won’t usually need to go through the hassle of getting another referral from your GP. You should definitely be having ongoing physio advice and rehab up to and beyond this.

Equally important when you do return to sport is ongoing program to prevent a secondary injury including rupture of the anterior cruciate ligament in the other knee. Injury prevention is the key and I have written more about such programs in another blog here: http://www.adrianbauze.com.au/blog/how-can-i-prevent-anterior-cruciate-ligament-injury-2522.html

Email us anytime to ask a question
or request an appointment